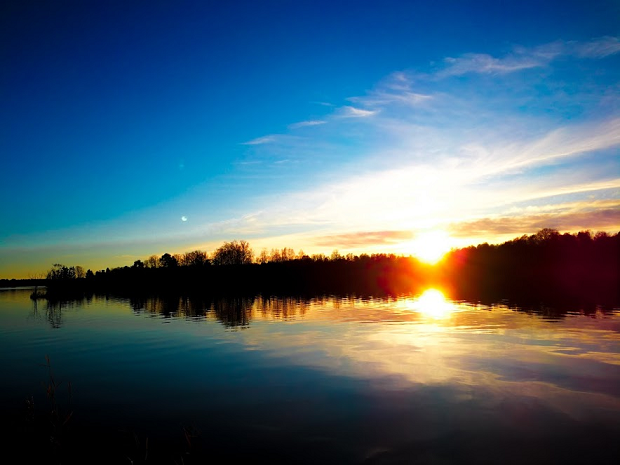 A picture of Swedish nature

I still remember the first reaction from my best friends when I told them that I want to go for an exchange year in a country so far away from my home country, Thailand. The first thing they asked me was ‘What language do they speak?’ Then, I confidently answered ‘ Probably English and some Russian.’Obviously, I was totally wrong. Then the whole thing went even worse when I told my other best friend about coming here, she said I was so stupid to not go for Spanish- speaking country instead since I could speak fluent Spanish back then. Let me tell you all newcomers something, I have never regret coming here since the moment I circle Sweden as my first choice during this amazing year. 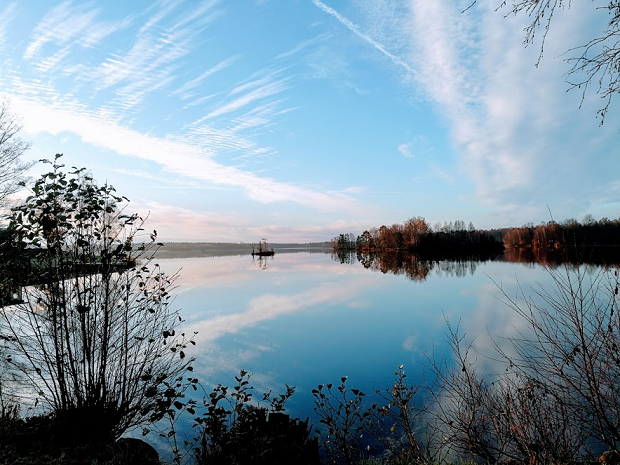 It was strange both for me and the others around me at first. I come from central Bangkok, a city filled with everything, a city where traffic is one of the worst in the world, a city which has more inhabitants than the whole Sweden. Now, I live in a little town ( in my opinion this should be call village) called Osby which is located in the southern region. This place is a perfect place for living a peaceful life as this place has an astonishing nature and people with super relaxing lifestyle. I was amazed by how chill people can be here. On the other hand, my host family was amazed by the fact that I have never been homesick before in the past 5 months and was be able to adjust surprisingly to their culture, although I didn’t understand a single word they say on the dinner table during the first month here. 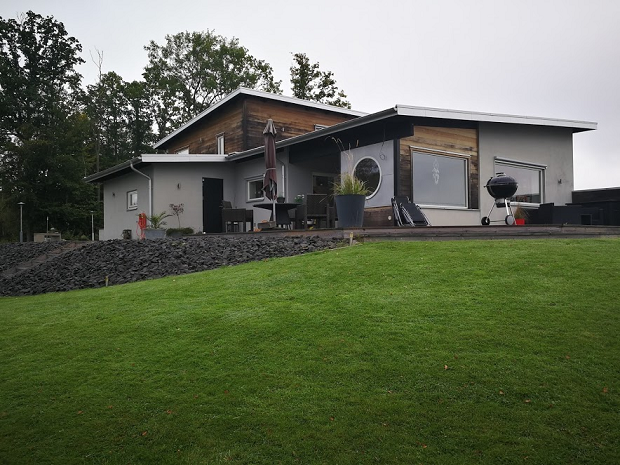 Talking about host family, I was very lucky to be chosen by this family. Flattery aside, I think I could say that I have got the coolest house out of all the exchange students this year. The first thing I did as soon as I got the information about them was to look where they live on Google map. Well, I found my house to be situated on a meander of a lake. Then, I began to talk to them through email and found out that we have a private gym which is equipped with a lot of machines and an outdoor Jacuzzi. Before I came here, I have read countless blogs about host family and every author always end their blogs by saying ‘ appreciate in what you have.’ Guess I couldn’t apreciate them more than this. They are super nice to me adjusting myself to them was not a problem despite the language difficulty during the first 2 to 3 months. Coming from Asia, doing housework is almost one of my daily routine and the people here they find it very cute when you help them organise things in their house. Personally, It’s like telling them that you appreciate them and thanks them at the same time. So my advice to you would be try helping you family organising stuff around the house not only you will get to know them more but still learn a new language.


It’s not an exchange year without the school. I found swedish school to be very different from what I used to have. Here, you can choose your own course of study and even the teachers seem surprisingly relaxed. It seems to me like the education here is largely self- orientated. Let me give you a simple description of what happen to me everyday at school. the teacher walks in and greets the students, then he begins to shift into teaching mode.The girls in the front rows take notes about what he is teaching, us, the boys in the back, pull out our laptops and pretend to take note, after 10 minutes, everybody end up playing Counter strike. The funny part is that even the teacher knows that we are playing, he doesn’t even care because he knows that we all will hand in the work in time. Well, this doesn’t happen to every single subject but most of the time. I was amazed. Although they seem to not care about the lesson, but every single one of them are very responsible. 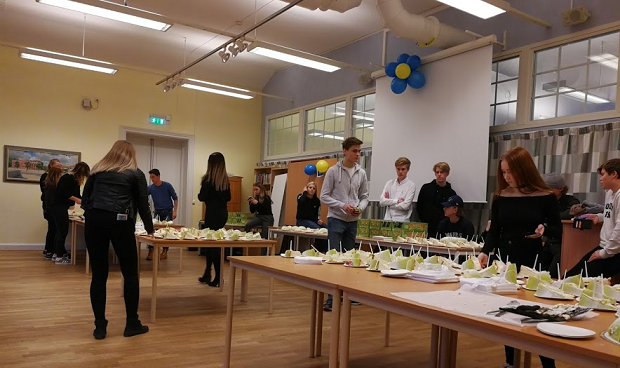 Picture of us preparing for a school event.

Spending a year in a third-world countries can be hard at first. Learning a new language is something that requires a lot of practice and time to get used to. Plus, there aren’t so many scadinacian lagauange speakers in this world. I wanted to learn Swedish so badly before I flew here, but I couldn’t even find a place to learn it even in Bangkok. Alternatively, you can find many useful websites on the internet to get a good idea what the language is like. I really reccomend studying a little bit before you come. Most importantly, DO NOT GET STRESSED OUT. No one expects me to speak fluent Swedish when I flew here and the same goes for you. They say you can speak the language with in 3 months. What they mean by ‘can speak’ is regular conversation about your everyday life, but if you can do more than that then congrats to you. At first, I expected myself to use the language fluently after the first three months. So those of you who are like me, don’t worry, it will come naturally. Speaking to your host family or close native friends is recommended. They expect you to make mistakes and there are there to help you. I am a perfectionist and I expect everything I do to be perfect, I was scared to make mistake. Now, I have learned. Saying something wrong is not a mistake,however, keeping negative consequences in your mind is the real mistake which held me back for almost 1 month. I hope no one would make the same mistake as me.

Picture of some Christmas decoration in Sweden

Everybody expect to have a good time during their exchange year. Going out with friends is one of the best thing you could do during the year. Not only you get to be happy, but you get to learn a lot more about them and their culture especially from those who come from a different continent. My best friend come from Germany and I learned many things that I didn’t expect from her. Additionally, when you have a big problem, these kind of friend is the one who will understand you the most since you are both exchange students. Aside from your friends, the school here is very active as well they always have activities for students to participate in, you will know a lot more people from different courses. Going out with host family is VITALLY recommended as you get to be even closer to them. 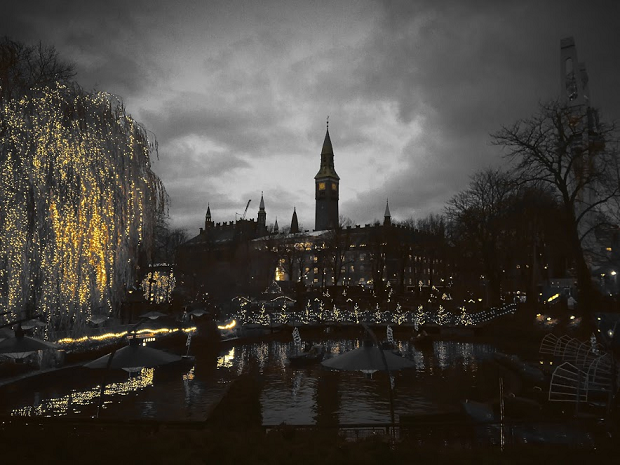 To sum this long blog up, my one and only advice would is to be open. You will learn a lot of things during the year, don’t be afraid to make mistakes. You will learn many things, some things the hard way, some things the easy ways. It’s not life without ups and downs. Don’t forget to speak to your host family in their language. You don’t have to come up with something very mindful to talk about, it could be something so simple. Remember you are not trying to hit on them, so forget all the consequences and just go for it!